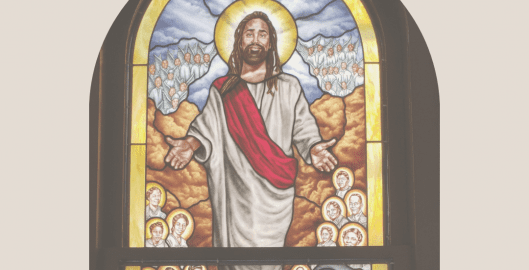 Located on the corner of Greenwood Avenue and Cameron Street near downtown Tulsa, Oklahoma is one of  the oldest and most historically significant buildings in the United States. The Vernon African Methodist Episcopal Church is the only building to have survived one of the worst race massacres in American history and is a visual reminder of the reconstruction process.

On May 31st, it will have been 100 years since this terrible incident occurred. The events which took place on May 31st and June 1st of 1921 resulted in the destruction of a once vibrant and affluent African American community in Tulsa referred to as “Black Wall Street.”

When a mob of angry white people came tearing through the neighborhood, black residents of the community were forced to flee their homes in order to escape the terrible violence. Historians estimate that approximately 300 people were killed and another 10,000 were left homeless.

During this time, some members of the community were able to find safe harbor in the basement of the Vernon A.M.E Church.

Recently, Scottish Stained Glass had the honor of being able to complete the restoration of the historic stained glass windows in the church. Below, we’ve discussed the restoration project in detail.

About the A.M.E. Church

After the 1921 race riots, members of the Vernon A.M.E Church took it upon themselves to rebuild and used for their own funds to pay for the reconstruction. Membership increased over the years and the church assumed a vital role in the community. Today, it provides crucial services to residents who live in the nearby area.

Not only does the church hold regular services for its members and continue to spread its message of hope and resiliency, but it also operates as a sort of food bank, serving meals on a daily basis to the homeless population.

In this way, the church is just as much an important part of Tulsa’s past as it is its present and future.

When the Vernon A.M.E. Church was rebuilt in 1928, a set of stained glass windows were added to the building. Though beautiful, these windows were not protected from the elements with any sort of covering. As a result, they suffered considerable damage over the years from exposure to the elements. There had also been several incidents of vandalism which contributed to the damage.

Recently, the church realized that their stained glass was in need of some repairs and gave us a call. We visited the church in person to determine the condition of the stained glass and whether or not it could be saved.

Upon inspection, we determined that the stained glass could be restored, but it would require a great deal of work. There were approximately 130 panels of stained glass, totaling approximately 5,000 individual glass pieces. Of those pieces, about 700 were broken and/or in need of replacement. The damage was significant, but repairs were possible.

We decided that the best way to approach the repairs was to have new pieces of glass custom made. This way, the replacement pieces would match the historic glass perfectly. We contacted a manufacturer of stained glass who has been in business for 120 years. They were able to determine a formula for the new glass pieces based on the color, density, and texture of the original glass.

While the new glass was being manufactured, we began the process of removing the windows from the church. Normally, we would want to wait until the new glass arrived to commence repairs, but this project had to be completed within a time frame of six months. To save time, we used the original glass to rebuild as many of the windows as we could while we waited for the new glass to arrive.

A fundraising campaign was launched to finance the repairs. Several donors contributed to the campaign, many of which chose to remain anonymous. About $1.5 million was raised through fundraising efforts.

Once the new glass arrived, we were able to finish the rest of the windows. A local mill company was hired to replace the old window frames which were made of wood and in poor condition.

Once the panels were assembled, we put protective glass over them to guard them from the elements. The protective glass and stained glass windows were made to be the same size so that they could be installed together as a single unit. This way, there would be no additional framing protruding the church. Being able to maintain the original appearance of the church was critical because of its status as a historic building.

While most of the historic stained glass windows were able to be repaired, there was one that was missing from the church entirely. Instead of attempting to create a replica from scratch, we decided to create a new window with a completely different design. The window would serve as a memorial to the race massacre which transpired in 1921.

The memorial window was delicately hand-painted by some of our most talented artisans. In the end, the value of this single window was approximately $25,000. However, we decided to donate it to the church for free as a gift from Scottish Stained Glass.

Church Overjoyed with the Results

When we were finished, the church was overjoyed with the results. The premier stained glass company in the country had taken the time to repair their beloved stained glass windows. Not only this, but a beautiful memorial stained glass window had been donated as a gift. The church’s pastor, Robert Turner, was so excited that he actually kissed the stained glass! 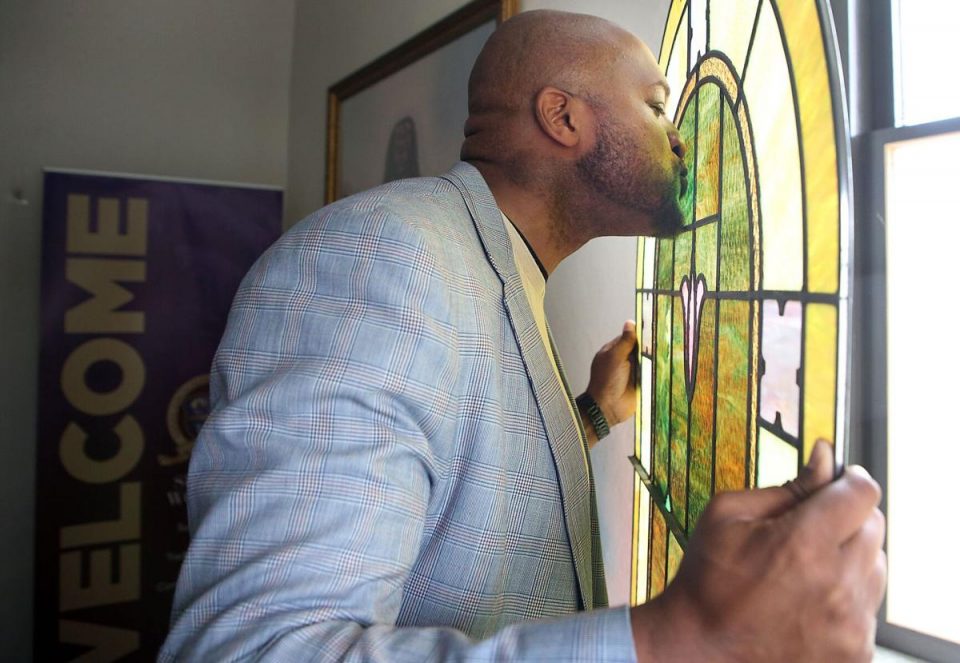 Currently, there are plans underway to build a museum in the church to memorialize the race massacre.

Denver Stained Glass is honored to have been part of the stained glass restoration for the Vernon A.M.E. Church in Tulsa. For more information on this project or our stained glass services, please contact our office.

Fueled by a desire to preserve a centuries old tradition and one of the world’s most intricate and captivating art forms, Martin Faith is a dedicated craftsman and the proud owner of Denver Stained Glass. Using the skills he gained as a stained glass artisan in Glasgow, Scotland, Martin has spent the last thirty years focusing his efforts on creating exquisite works of art to adorn the walls of homes, churches, and buildings all across Colorado. His extensive knowledge in the areas of glassmaking, modern design, and historic preservation make him an expert in his trade and have given him a reputation as one of the most celebrated stained glass artisans of his time.