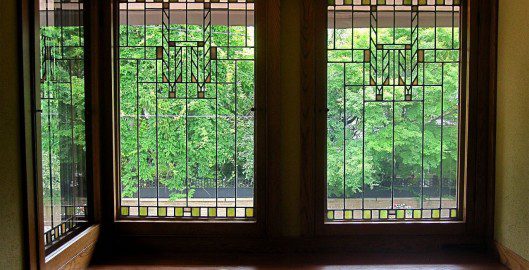 Recently at Denver Stained Glass, we asked our artisans about what style of stained glass they enjoy designing the most. While answers varied, we found that one of the most popular responses we received was prairie, also known as Frank Lloyd Wright style stained glass. In fact, it seems Denver is quite a fan of this famous mid-century architect as modern homes and buildings inspired by his work can be seen all throughout the city. Since we too are fans, we decided that we’d share a little bit of information about the master of modern design and how he influences our work here at Scottish.

Frank Lloyd Wright was a master of many traits. He produced notable works in design, literature, and educator, but is best known for his contributions to American architecture. Wright was born in the small town of Richland Center, Wisconsin. He grew up there and later moved to Chicago where he found employment with a small design firm at which he became an apprentice. He later established his own firm and moved into a loft he shared with other young architects. Inspired by the American Arts and crafts movement, these architects later formed what is known as the Prairie School. It was also around this time that Wright began the designing homes which are now considered his masterpieces.

Frank Lloyd Wright began designing prairie style houses in 1901. Prairie style architecture is characterized by having clear, horizontal lines, integration with the landscape, and solid construction. It also included windows grouped in horizontal bands made from stained glass that featured designs which integrated these elements. 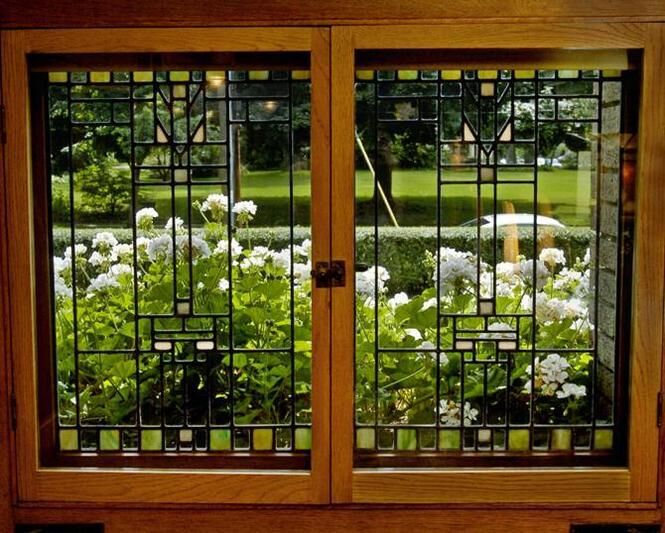 Denver Stained Glass creates beautiful Frank Lloyd Wright stained glass windows. If you live in Denver and are interested in getting an interesting work of art for your home, we encourage you to browse our collection. We’d love to create a timeless piece of art for you and your family.